A perfect choice for any event

For nearly two decades, this band has been delighting audiences throughout the UK with their high energy mix of soul, funk, pop, disco and swing, making them the perfect choice for your special event. Whether it’s a wedding, birthday party, anniversary, corporate party or festival,

They have a wealth of experience when it comes to keeping the dancefloor jumping and your guests smiling.

With an extensive playlist, the band covers a wide range of artists from modern-day icons such as Bruno Mars, Pharrell Williams, Cee-Lo Green and Justin Timberlake as well as all-time musical legends including Stevie Wonder, James Brown, Marvin Gaye and Ray Charles. Add to this The band’s long list of swing, Latin and jive tunes and you have a band that can tailor their performance to suit any occasion and make any event a special event.

The band is available as either a five-piece band (vocals, sax, keyboards, bass and drums) or a six-piece (including guitar), the difference being that the six-piece option adds further songs to the bands repertoire that rely on the funky sounds of the bands’ six-string supremo.

If swing is your thing…

…then they also perform a vast range of classic tunes from masters past and present such as Frank Sinatra, Dean Martin, Sammy Davis Jr. and Michael Buble to name just a few. With such a large playlist, the band can tailor their performance to suit any occasion and having performed over 500 shows, including numerous dance and Lindy Hop events, they are expert in judging which tunes will work best to make any event swing along perfectly. 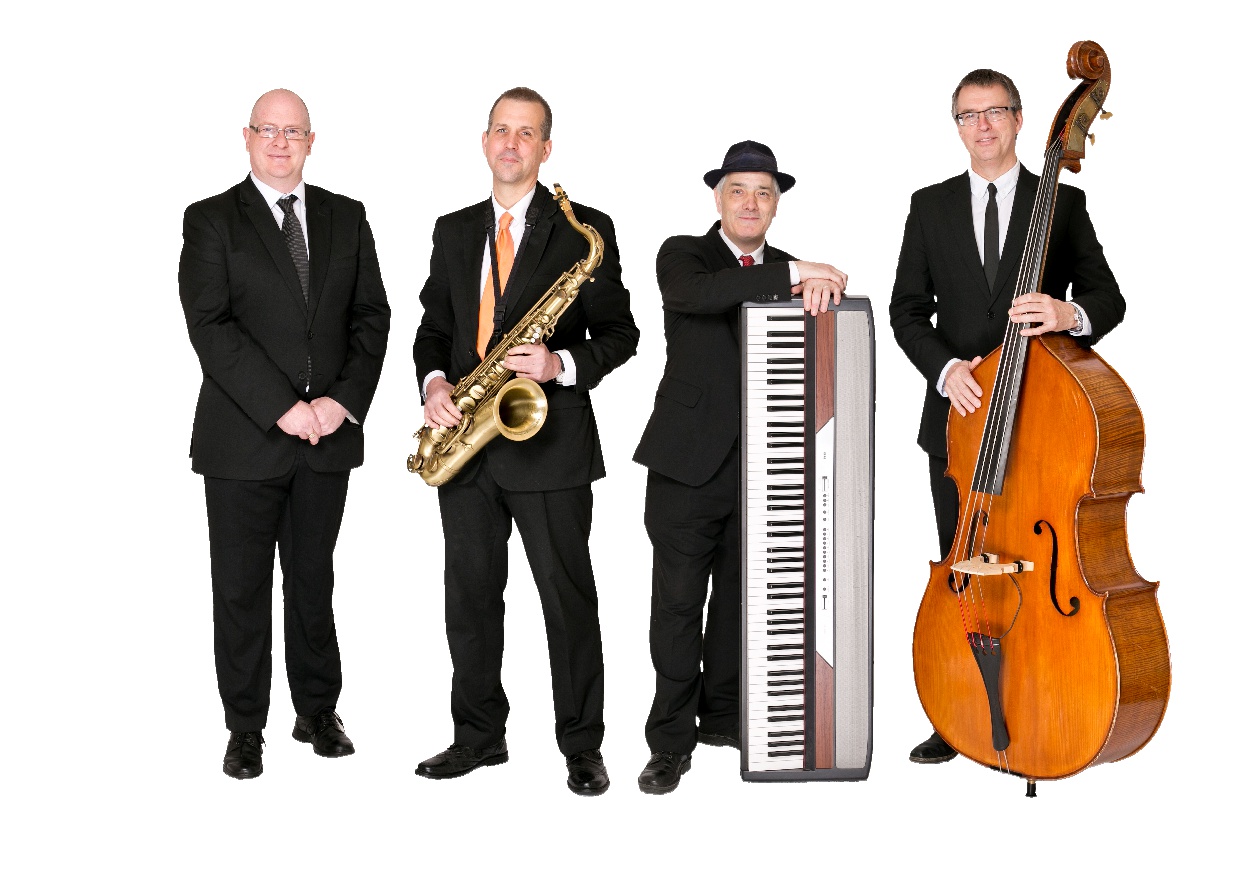 Billie jean/No Diggity
Blame It On The Boogie
Brown Eyed Girl
Can’t Take My Eyes Off of You
Crazy
Dance With Me Tonight (Olly Murs)
Dancing In The Street
Do You Love Me
Everybody Needs Somebody
Everything (Buble)
Forget You
Get ready
Happy (Pharrel Williams)
Higher & Higher
Hold On I’m Coming
I Heard It Through The G’vine
I feel good
I Just Haven’t Met You Yet
I need A Dollar
I Wish
I Wish I Knew (How It Feels To Be Free)
Locked Out of Heaven
Lovely Day
Midnight Hour
Moondance
Mustang Sally
Pencil Full of Lead
Shake A Tail Feather
Shake it off
Signed, Sealed, Delivered
Sir Duke
Son Of A Preacher Man
Soul man
Superstition
This Love
Too hard to handle
Valerie
You Can Call Me Al
We are family
6 piece DP only
Disco Inferno
Take your mama
Long Train Running
I want you back
Get Lucky
Good Times
Play that funky music
Uptown Funk
Treasure


Ain’t Misbehavin’
Ain’t Nobody Here But Us Chickens
Ain’t That A Kick In The Head
All of Me
Beyond the sea
Cheek to cheek
Choo Choo Ch’Boogie
Come Fly with me
Everybody wants to be a cat
Fever
Fly Me To The Moon
Hallelujah I love her so
Have You Met Miss Jones
Hit The Road Jack
I Get A Kick Out Of You
Is You Is, Or Is You Aint My Baby
It Had To Be You
I’ve got the world on a string
I’ve Got You Under My Skin
King Of The Swingers
Let there be love
Let the good Times Roll
Mack The Knife
Minnie The Moocher
(Moon River)
Mr. Bojangles
My Kind Of Town (Chicago Is)
(My Way)
Nature Boy
New York, New York
(Night & Day)
On The Street Where You Live
On The Sunny Side Of The Street
Route 66
Sing Sing Sing
Shut up and dance
Summertime
Sway
That’s Life
The Lady Is A Tramp
The Tender Trap
When I Fall In Love
Witchcraft
Wonderful World
You Make Me Feel So Young

“The band played on our Wedding day and they were absolutely fantastic! They picked great music, perfectly mirroring what we’d asked for, and intuitively picked up on the vibe they got off of our guests. Everybody loved them and it gave the night a real energy. They engaged the crowd and helped create a party we will never forget! We would highly recommend them to anyone who wants live entertainment for any event. A overwhelmingly positive experience from start to finish.”

“Thank you for the most wonderful night for my parents’ Diamond wedding anniversary. From start to finish you were quality. I cannot recommend you highly enough”

“Just a quick note to thank you for such an excellent performance on Saturday evening. Thank you for helping to make Anna’s birthday so memorable. We would not hesitate to recommend you.”

“Thank you so much to you for being so amazing at our wedding party!

Everyone has commented on how brilliant you all were and we loved every minute of it!

Thanks for being so accommodating to the Rock Choir and lending your keyboard too.

Hope to see you again soon”

“We meant to email you on the Sunday after the wedding about how AMAZING you guys all were! From walking into our reception with the sun just going down and sweet, sweet jazz softly drifting into the background (it’s our favourite music to listen to), to full on getting everybody singing and dancing later on with the whole band. Absolutely fantastic! We couldn’t have had a more perfect day…we have always said our dream wedding would be the one that had guests saying they had sore feet the following day and you did not disappoint. In fact, everyone we have spoken to have said what an insane band you all were. So thank you thank you thank you!”

“I just want to say an enormous thank you to all of you. Last night was absolutely fantastic. We couldn’t have asked for a better evening with you guys.”